“She loved glitter and being a princess,” said her mother Janine Roberts, of Sauquoit. “She was strong and courageous and funny.”

When 3-year-old Anjali died of Neuroblastoma in May 2010, Roberts wanted to find a way for her to live forever.

Sunday, she was very much alive in spirit at the third annual Anjali’s Tea Party.

Valentino’s Banquet Hall in Washington Mills was a little girl’s dream with finger food, cupcakes, tea and even dancers from the Leatherstocking Ballet Company dressed as princesses.

But Anjali didn’t just prompt an event, she rallied an army—Anjali’s Army, which started in 2009 and globally raises money for better treatments, supports new therapies and raises awareness of pediatric cancer.

“She’s a force to be reckoned with and we won’t stop until we find a cure,” Roberts said. “Every kid deserves a childhood.”

The first two tea parties combined raised about $20,000, she said.

Georgia’s state utility company will be adding 525 megawatts of solar energy by 2016 thanks to grassroots pressure from a new alliance known as the Green Tea Coalition, which unites environmentalists and right-wing Tea Party activists.


Their new alliance, officially launched on Aug. 6, represents a bridge between political parties in support of clean energy policies. In the state of Georgia, the coalition includes members of the Sierra Club, Georgia Watch, Occupy Atlanta, the National Association for the Advancement of Colored People (NAACP) and the Atlanta Tea Party Patriots.

Many Republican politicians that align themselves closely with the Tea Party have been vocal opponents of renewables, energy efficiency and climate action in order to reduce government intervention in the free market. Tea Party activists in the Green Tea Coalition maintain the same conservative political commitment, but find no contradiction between valuing the free market and supporting renewable energy.

California State Assemblyman Tim Donnelly went on Fox & Friends this morning and declared that he would be pulling his “horrified” children from public schools now that Jerry Brown has signed AB 1266 into law. The bill allows transgender students the opportunity to participate in sex-segregated activities and use restroom facilities consistent with their stated gender identities instead of the one on their birth certificates.

On Friday, Donnelly wrote that “[m]any of the parents I have heard from within the last few days have literally pulled their kids out of public schools and have enrolled them in homeschool and private school programs.”

Today, the self-described Tea Party conservative announced that he would be joining their ranks. After complaining that the bill “violates the rights of the 98 percent of students who do not identify as transgender,” he indicated that its passage unleashed a “tsunami of discontent” which, he believes, will lead to the bill’s repeal. A group calling itself “Privacy for All Students” filed a referendum to overturn the bill last week, but it is unclear whether they can gather 500,000 signatures in the 90 days required by California law.

A pair of tea party groups is teaming up to pressure key Republicans to support an effort to defund Obamacare.

Tea Party Patriots and the grassroots group For America are launching online ads against a dozen GOP senators who either oppose the effort or haven’t announced a position.

Along with the ads, leaders of the groups will embark on a six-state, five-day “Exempt America” tour (the idea being that the American people should be exempt from Obamacare) that will bring them to the home states of several of these senators.

The effort comes as Defund Obamacare – whose supporters pledge not to fund the government if it includes money for the president’s health-care law — struggles to gain the traction it would need to actually force the issue. Several GOP senators have opposed the strategy in no uncertain terms. 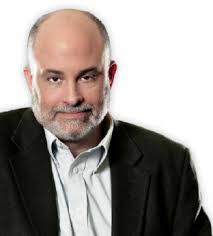 According to Levin, the Constitution has not proved to be as an effective barrier against the growth of government. His new book

, “The Liberty Amendments: Restoring the American Republic,” proposes ways to remedy that.

One of Levin’s primary aims with the book is to shift the current balance of power away from Washington, D.C. and back to state government and the individual. In order to achieve

that goal, Levin proposes a repeal of Seventeenth Amendment, which would return to state legislators the power to appoint U.S. senators.

The other day, I suggested there are increasing signs Republicans leaders now know that they have a major problem on their hands — the GOP’s posture on Obamacare is untenable — and are seriously grappling with it at the highest levels. I am not well sourced among top Republicans, so that was mostly speculation and tea leaf reading.

But Mike Allen and Jim VandeHei are well sourced among top Republicans. And today they weigh in with a big piece reporting that GOP elites are in full blown panic mode about the party’s drift towards a series of Apocalyptic showdowns this fall.

The most interesting bit is the profound worry about the drift towards a government shutdown over Obamacare. But I think the fundamental problem is still being overlooked. Here’s the key part:


Republicans are in jeopardy of convincing voters they simply cannot govern. Their favorable ratings are terrible and getting worse. But there is broad concern it could go from worse to an unmitigated disaster this fall. Most urgently, according to a slew of key Republicans we interviewed, conservative GOP senators have got to give up their insistence that the party allow the government to shut down after Sept. 30 if they don’t get their way on defunding Obamacare.
The quixotic drive — led by Rubio, Sen. Ted Cruz and Sen. Mike Lee — is part of Rubio’s effort to make up with the conservative base after he was stunned by the backlash over his deal-making on immigration. Pollsters say the funding fight makes Republicans look even more obstructionist, and causes voters to worry about the effect a shutdown would have on their own finances.
Whit Ayres of North Star Opinion Research, who has been drilling down on this issue for the conservative public-opinion group Resurgent Republic, said: “Shutting down the government is the one way that Republicans can turn Obamacare from a political advantage to a political disadvantage in 2014.”

This passage contains both an important recognition and an unwitting glimpse into the broader, unacknowledged problem here. The government shutdown push has focused the attention of GOP elites, because it is probably suicidal politically for the party. At the same time, though, the unspoken premise is that the problem is only one of excessive tactics, rather than something more fundamental.

A national Tea Party group is endorsing the U.S. Senate candidacy of Lowcountry businesswoman Nancy Mace, according to an exclusive report published this week by Breitbart.

“It’s long past time we had a conservative of conscience, not a conservative of convenience, representing South Carolina,” Tea Party Leadership Fund founder Todd Cefaratti told the site. ”In Nancy Mace, we have a candidate that tea party groups and conservatives across the state can unite behind, and finally we can send Lindsey Graham into retirement.”